For the last twelve months we've been restoring a 4LW Gardner for Arethusa. It arrived on a truck from Picton weighing in at 1.2 tonnes.

I bought it from a chap named Rick Rutland, he didn't know its history other than it had been owned previously by a gardner enthusiast. If anyone has any clues, we'd love to know its origins.

Been lucky to have a great retired mechanic on the job - Dave. As he said, "any mug can pull a motor to bits, takes a few clues to put one back together again" Thats very true, so Dave did all the smart stuff and I helped.

Found bits of one cracked liner in the sump, other than that it was in good order, with what appears to be little wear.

Got the injection and lift pump serviced by Cameron Pollard, he put the new liner in and honed the bores. Bought rings, seal kits, thermostats from the UK online. We repainted it with two pot and anything shiny got a polish.

We removed the Gardner box, this has been replaced by a new Dong-I 1.63:1 from Shaw Diesels. Had it running in the shed prior to installing it in Arethusa in November, a beautiful thing, what a fun project. 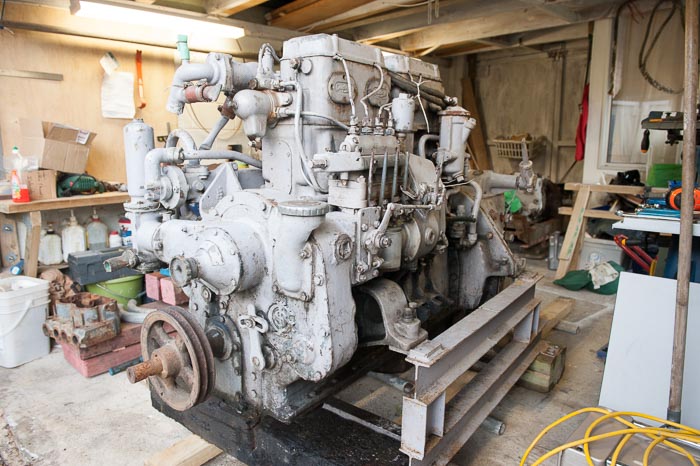 Check the gallery below for the progress shots and the video of it running in the shed.